The Research Center for Vascular Biology, Immunology and Inflammation at Med Uni Graz is named in memory of outstanding scientist Otto Loewi (1873–1961). 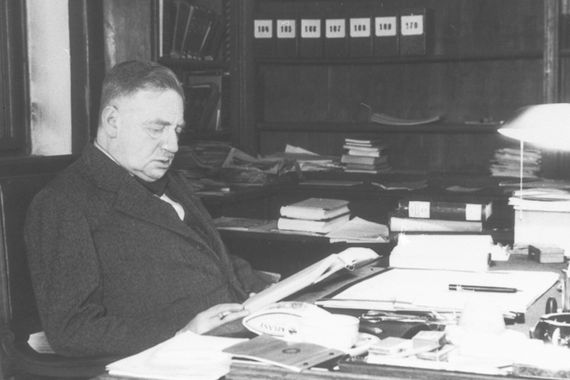 Otto Loewi studied medicine in Munich and Strasbourg. In 1909 he was appointed to the Chair of Pharmacology at the University of Graz, where he taught until 1938. In 1912/13 he was elected dean of the Medical Faculty at the University of Graz. Otto Loewi proved that the transmission of an impulse from a nerve cell to an organ was not electrical but caused by the release of chemical substances. He discovered that stimulation of the vagus nerve causes the formation of a chemical substance that disrupts the activity of the heart and simulation of the sympathetic nervous system by a chemical mediator accelerates the heartbeat. He also found an explanation for the effect of physostigmine, an alkaloid that prolongs the stimulation of the vagus nerve. Otto Loewi received the Nobel Prize in Medicine along with Henry H. Dale in 1936 for this research, proving something unimaginable at that time and thereby founding a new branch of medicine: neuroscience.